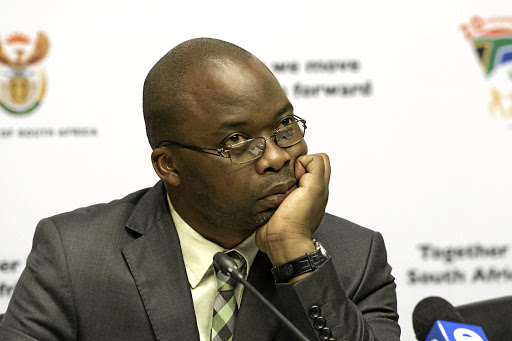 Justice and Correctional Services Minister Michael Masutha survived President Cyril Ramaphosa’s two Cabinet reshuffles. This past year he has once again kept his head down and mostly out of the news.

There was not much he could do about his biggest headache — the paralysis at the top of the National Prosecuting Authority — except to allow the courts and the president to get on with things, which took most of 2018. The president has recently appointed a new national director of public prosecutions (NDPP), Shamila Batohi, a choice that has been widely welcomed. Ramaphosa has also set up an inquiry under the NPA Act to look into the fitness for office of one of the four deputy NDPPs, Nomgcobo Jiba, and special director Lawrence Mrwebi.

Still, the paralysis has been a big problem — and the spectacular failure of the Estina dairy case, although seemingly more of a police failure than an NPA failure, hasn’t helped.

The NPA’s overall prosecution statistics have improved, with more cases prosecuted and more convictions than last year. Masutha said in May that the conviction rate is the highest it has ever been — 91.7% in the superior courts, 81% in the regional courts and 96.1% in the district courts. But a note of caution: a 96% conviction rate is extremely high and could also mean that prosecutors are selecting the cases they can win easily and are not prosecuting the difficult ones. A successful prosecution does not necessarily mean a conviction; it means a just outcome, which is sometimes an acquittal.

Perhaps one of Masutha’s biggest achievements this year was the coming into effect of the Legal Practice Act, which has been years in the making and alters the regulation of the attorneys’ and advocates’ profession. The new Legal Practice Council began its work in November. Lawyers were mostly happy with its members, but it is too early to tell how it is doing.

Legal Aid South Africa is also, as usual, doing great. But the high court in Mpumalanga, now three years behind schedule, is still not quite done.

Masutha’s record on correctional services is not great. Last year, the department got its first unqualified audit, but this year it reverted to type with a qualified audit. According to the annual report, the financial statements were qualified because the department did not “maintain accurate and complete records of the contractual information used to determine commitments”.

On the positive side, some senior appointments were made — something Masutha had committed to in 2017. But the department has failed to reduce the terrible overcrowding in prisons, in particular the number of awaiting trial or remand detainees. A comparison of the numbers of remand detainees from the two most recent annual reports shows that the number has increased — both in real numbers and as a percentage of overall prison numbers, albeit only by 1%.

In last year’s budget speech vote, Masutha recognised that the department was top-heavy and undertook to streamline the head office of correctional services and cut its staff by 30%. The department did not respond to questions but a source said this has not happened.

Masutha gets a C- for Justice and a D for Corrections and overall a D+.