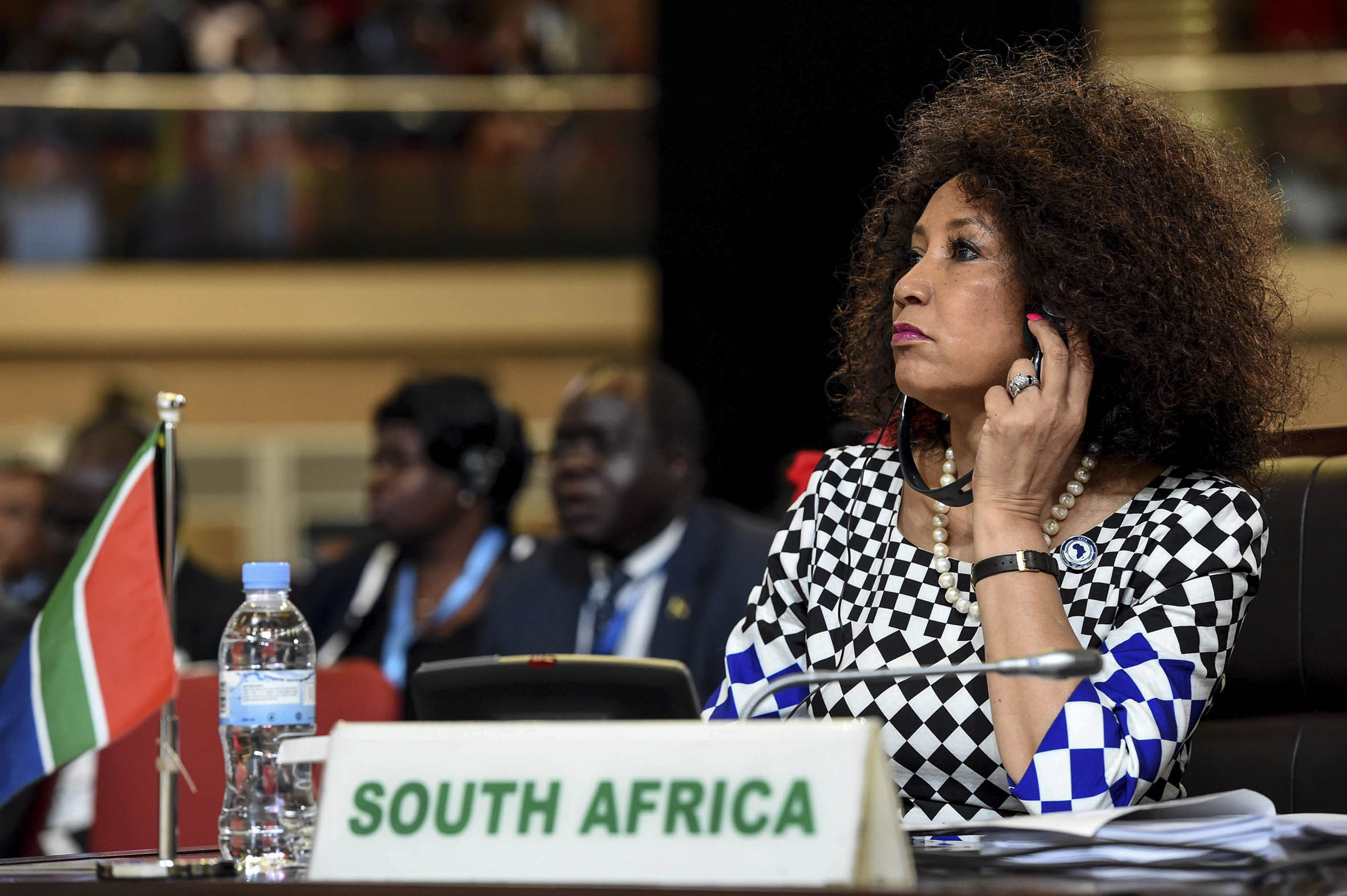 Let’s be honest, Lindiwe Sisulu’s predecessor, Maite Nkoana-Mashabane, set the bar low. Her eight-year tenure was accompanied by a marked decline in South Africa’s continental and international standing, which was not helped by the minister’s tendency to put her foot in her mouth. In last year’s Cabinet report card, the Mail & Guardian awarded Nkoana-Mashabane a C, an improvement on the D she received in 2016.

Sisulu has easily cleared the bar, bringing a new energy to a department that was often sidelined under the previous administration. She is an assured and charming representative of South Africa abroad and a gracious host to visiting diplomats.

Several incidents have demanded especially deft diplomatic footwork. In March, when Australian minister Peter Dutton said that “persecuted” white South African farmers should be fast-tracked for Australian visas, the department’s response was swift and uncompromising. A few weeks later, following talks with the department, the Australian government officially retracted the offer and the department declared the “case closed”.

An even more delicate problem came from United States President Donald Trump, who tweeted that the “South African government is now seizing land from white farmers”, and said he had requested an investigation into farm murders. Sisulu did not hesitate in speaking out against the leader of the world’s most powerful country, dismissing the tweet as a “downright fabrication” and “an insult that has no measure”.

Trump hasn’t tweeted again, which is probably for the best.

But Sisulu’s brief tenure cannot be described as an unqualified success. One misstep was the abstention from a United Nations General Assembly vote condemning the ongoing genocide against the Rohingya in Myanmar. Sisulu subsequently reversed this position and said South Africa planned to take a stronger stand on human rights issues in the future.

And, like her predecessor, Sisulu cannot seem to shake the ghost of Thabo Mbeki’s infamous “quiet diplomacy” in the Southern African region. Nowhere is this more apparent than with regard to Zimbabwe, where controversial elections were met with nothing but pro-forma statements from the minister and her department, and in the run-up to December’s election in the Democratic Republic of Congo.

South Africa’s public silence has been sharply criticised by Congolese opposition and diaspora groups, who view it as a tacit endorsement of President Joseph Kabila’s attempts to retain power.

After less than a year in office, Sisulu has yet to put a definitive mark on the position. Early signs, however, suggest that she is a steady pair of hands in an international arena that is becoming increasingly more complicated and unpredictable.