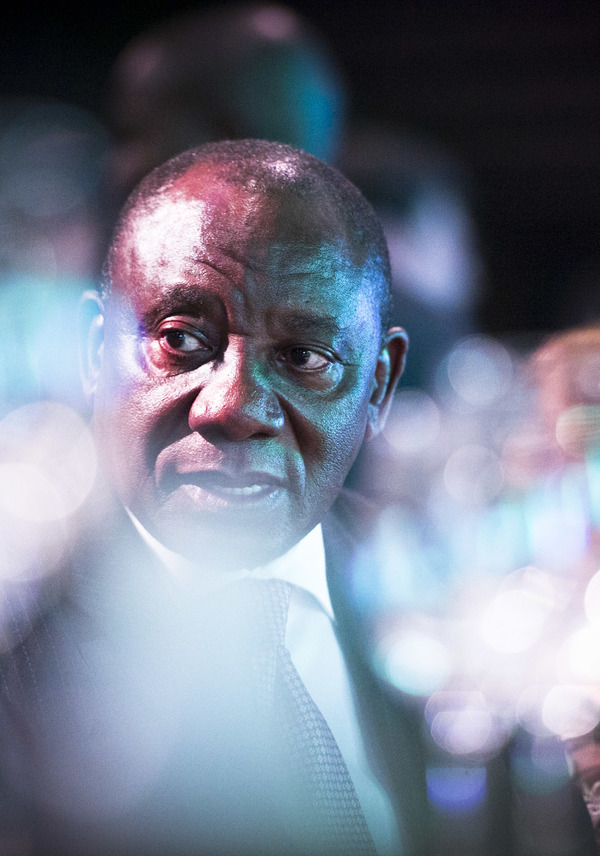 It’s difficult to determine what exactly Ramaphosa did as deputy president of South Africa this year, when everything he has done has been so coloured by his play for the presidency of the ANC.

To bolster his image as the vanguard of the suppressed morality of the ANC, he has successfully distanced himself from President Jacob Zuma and the litany of disasters that have characterised his presidency. Early in the year, he started off by offering an apology for calling for “concomitant action” to be taken against striking mine workers in Marikana in 2012.

And when the Economic Freedom Fighters’ Floyd Shivambu pushed him in Parliament to clarify what exactly he was apologising for, he did something rarely done in South African politics — he affirmed his responsibilities. “As a leader person, I know I have to be accountable for what I do and what I say,” he said.

Of course, the Marikana apology was carefully calculated as part of his campaign for the ANC presidency but, in the world of political communication, lip service is often all it takes.

Although Zuma is now synonymous with corruption, misgovernance and an ailing economy everywhere from Parys to Paris, Ramaphosa is touted as the great hope for all that is good, sound and wholesome.

But Ramaphosa’s rise and rise away from Zuma is no small feat when you consider he marched back into politics in 2012 with his hand firmly clasped by uBaba kaDuduzane. But five years is a long time in Luthuli House.

And a year is even longer in the Union Buildings when your boss doesn’t speak to you.

At least that’s according to our information early in the year. The working relationship between Zuma and Ramaphosa reportedly deteriorated to such an extent that Ramaphosa wrote to the department of international relations and co-operation to complain about the many issues related to distant lands to which he had been deployed, a ploy, it was alleged, to keep Ramaphosa from running interference on the president.

Then there were the allegations of a rogue state security agency unit that was illegally surveilling and intercepting Ramaphosa’s, and others’, phone calls and emails.

His work as deputy president has obviously been done under intense scrutiny from his political enemies, who purportedly include Zuma.

And some of that work has been extremely important to keeping the peace in Southern Africa. Ramaphosa has been acting as the Southern African Development Community’s (SADC’s) facilitator in Lesotho and has been instrumental in brokering a fragile peace there. Lesotho held its third general election in five years in June.

He was part of a delegation for a post-election dialogue to plot the way forward for the Mountain Kingdom, although one party said he was not an honest broker and SADC should replace him. But SADC is taking no chances and has deployed troops from Zambia to Maseru in case all hell breaks loose again.

But it is not Ramaphosa’s reputation as skilful negotiator in messy neighbourhood conflicts that has so endeared him to the markets. At some time this year, former finance minister Pravin Gordhan told Reuters that, if Ramaphosa was elected ANC leader, “the whole narrative about South Africa’s economy would change for the better within three months”.

It was Ramaphosa’s comments after the axing of Gordhan that ultimately isolated him from Zuma and it was even rumoured that he would be next in the firing line. Although Ramaphosa voiced his opposition to the president’s reshuffle, he refused calls for him to resign in protest.

When it comes to actually doing more than talk, the full endorsement of the minimum wage agreement must count as Ramaphosa’s greatest achievement as deputy president this year. We’re also not so ungracious as to ignore the fact that he headed the delegation that unsuccessfully campaigned for South Africa to host the 2023 Rugby World Cup.

Ramaphosa is rather like a student who is reputed to have great potential but never quite fulfils it. He carefully measures his output to ensure he earns a safe B in any test without exerting himself too much.

It’s never too late to start, though.