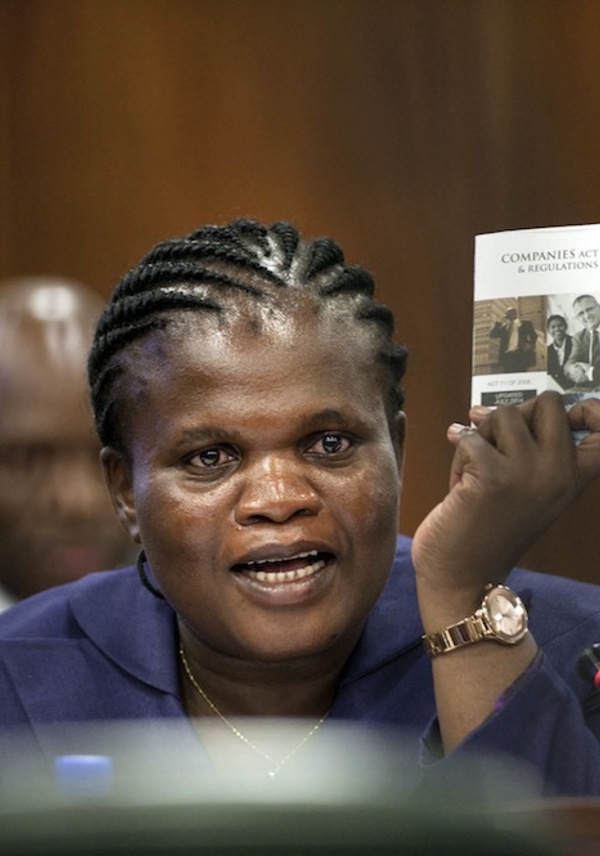 Faith Muthambi should have been hauled before a court to answer treason charges after the leaked Gupta emails revealed she had shared confidential Cabinet documents with the politically connected Gupta family.

Instead, the former communications minister was rewarded with a promotion when President Jacob Zuma reshuffled his Cabinet and made her minister of public service and administration, which is regarded as the engine of government.

Last year her performance in the communications department was so dismal that, if there was a lower grade than an F, she would have scored it. She and her friend, former SABC chief operating officer Hlaudi Motsoeneng, brought the public broadcaster to its knees financially.

Three months into her new portfolio, Muthambi failed to appear before the parliamentary portfolio committee and, by June, one member of the National Council of Provinces said Muthambi had “not attended a single portfolio meeting since taking office and did not bother to attend the two-day budget workshop”.

Her spokesperson, Pfarelo Maduguma, defended her, saying the minister is not always required to be present when her officials appear before the committee.

Muthambi’s other duties include making headway in the much-needed clean-up of the public sector, especially prohibiting public service employees from conducting business with organs of the state. She promised to do this but, since she took over the portfolio, little has happened.

Maduguma provided a history of the legislation implemented, including the public service regulations, but all the work on this was done before Muthambi took office and the spokesperson could not provide any other examples of the minister’s work.

But Muthambi has excelled in showing how important family is by flying 30 members of her own, including friends, to Cape Town for her budget speech and allegedly hiring other family members and friends, including Motsoeneng’s daughter.

She denied allegations of nepotism, then conceded them, and then denied them again.

Her future inspires as little faith as her past. Her performance after eight months in office shows Muthambi deserves to stay in her low-ranking spot of F.