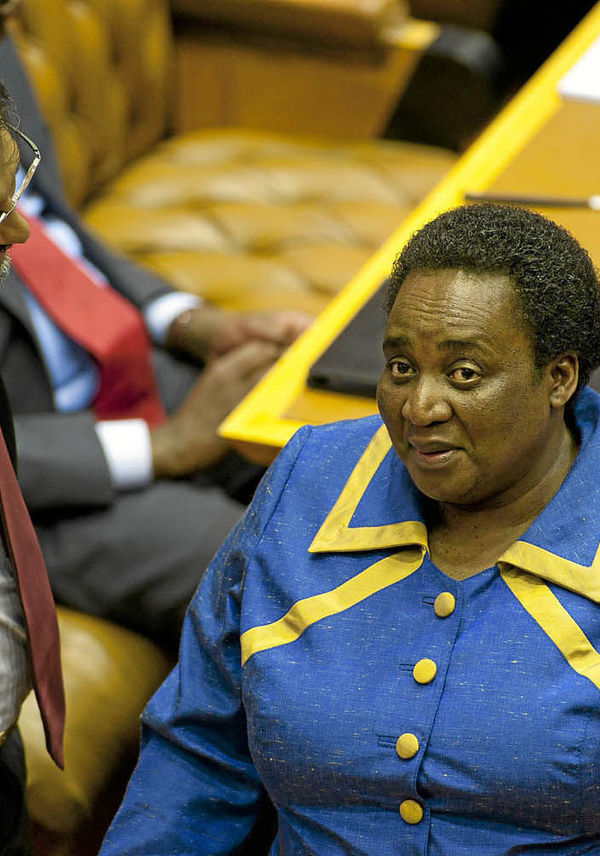 The adoption of a national minimum wage of R20 an hour by Parliament was the biggest feather in the cap of Labour Minister Mildred Oliphant for 2017, but her failure to address employment equality in the workplace successfully and the perception of her continued favouring of ANC-aligned unions hampered her performance.

In Parliament, the department was criticised by the Democratic Alliance’s spokesperson on labour, Ian Ollis, for its target to inspect just 217 000 workplaces in 2017. There are more than 3.2-million registered companies in South Africa and that would amount to just 7% of all them, Ollis said.

Oliphant’s officials blamed it on a shortage of inspectors and said the treasury had reprioritised R66-million to increase its staff.

Financially, the department hasn’t shown much improvement either. After three years of “regressive audit outcomes”, the department again performed worse than the year before. The department spent R4.2-million irregularly and failed to meet its own targets to improve labour relations in the workplace.

The labour portfolio includes the Compensation Fund, the UIF, the Commission for Conciliation, Mediation and Arbitration (CCMA), the National Economic Development and Labour Council and the Sheltered Employment Factories.

The CCMA was dogged by infighting earlier this year after its director, Cameron Morajane, was accused of purging staff and using state money to buy a gun for his private security.

The unions are equally unhappy with Oliphant and her senior officials. Trade union federation Cosatu clashed with her negotiators during the minimum wage talks, which called for an automatic wage adjustment for age in line with inflation, which the department opposed.

But Cosatu applauded her for agreeing to allow blitz inspections by labour department officials in workplaces, though it bemoaned the department’s failure to act against racism on farms.

During this year the South African Federation of Trade Unions registered as a rival to Cosatu. Saftu believes Oliphant is systematically targeting unions that are not aligned to the ANC, such as Cosatu’s affiliates.