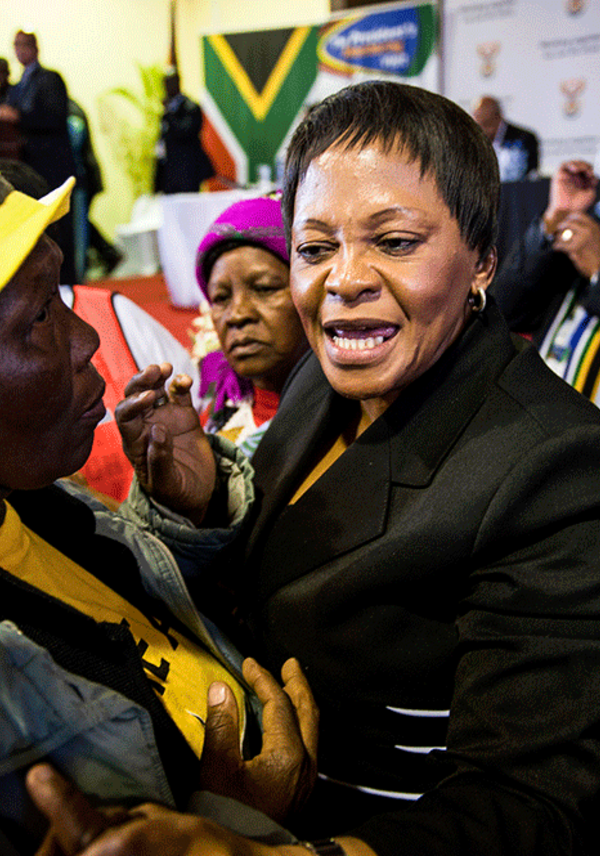 It has been a turbulent year for Water and Sanitation Minister Nomvula Mokonyane, whose department emerged as the worst offender for irregular expenditure and received a qualified report from auditor general Kimi Makwetu. He found that the department spent R715-million irregularly during the 2016-2017 financial

Mokonyane’s department was also criticised by Makwetu for its weak supply-chain processes and for trying to hide the irregular expenditure. In the previous financial year, the department spent R87.2-million irregularly. Furthermore, the auditor general’s report suggested that 10 projects under the department should be investigated further.

But she refused to accept his findings and told Parliament she was going to ask for his report to be reviewed.

Mokonyane has been unable to shake off allegations of meddling in the second phase of the Lesotho Highlands Water Project, which first emerged in 2016. This year, the lobby group Organisation Undoing Tax Abuse threatened to take legal action to hold her accountable for the project’s delay, which it claims has cost the taxpayer more than R2-billion.

She says the project, which includes building a dam and related infrastructure, will now be delivered in 2025, two years after the initial deadline.

Rights groups have expressed displeasure with the department about granting water licences and for treating mining houses with kid gloves. The licences have been described as being of poor quality and the department has been found wanting in monitoring compliance with water regulations.

The department’s failure to publish Blue Drop and Green Drop reports since 2013 has also been criticised and raised suspicion that it is a cover-up for its failure to maintain management standards at waste-water treatment plants.

Mokonyane has also been criticised for her proposal to consolidate nine catchment management agencies into a single national agency and for her intention to scrap key statutory bodies such as the Water Tribunal and the water boards.

In a year of severe drought in the Western Cape, exacerbated by the department’s troubles, one of Mokonyane’s most notable successes was the reported elimination of 26 900 bucket toilets.

But her irresponsible public utterances in the face of a looming recession and the threat of the country’s credit being downgraded to junk status, and her failure to manage her department’s financial affairs properly, have further damaged her already flawed reputation.