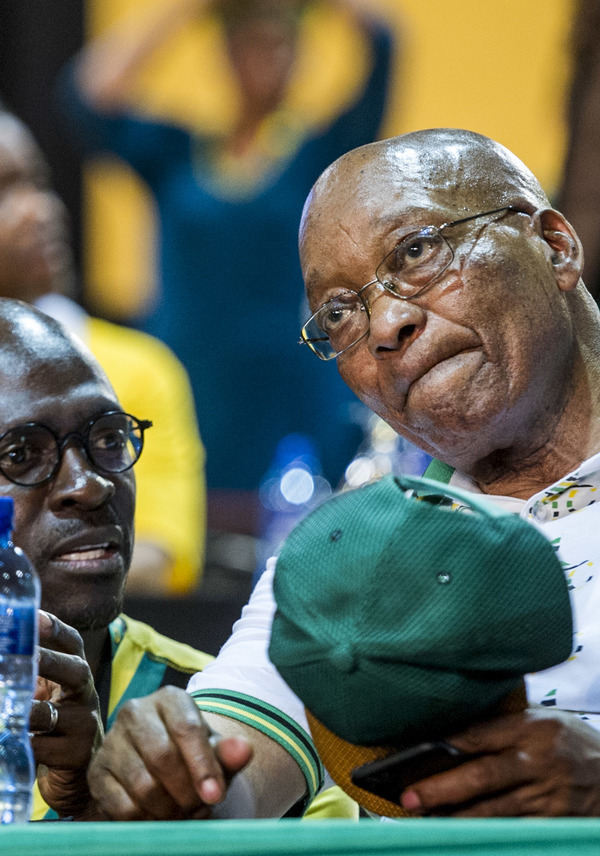 In 2016 President Jacob Zuma’s performance dropped to a level so low our grading system could no longer deal with it. He did such an astonishingly horrific job of running the country and showed such a total and utter disregard for his duties and obligations that there was no grade low enough to capture it.At least, we thought, it could not possibly get any worse.In 2017 it got worse.In the previous years of his administration Zuma merely destroyed vital institutions of state in his ever more desperate attempts to avoid facing corruption charges. With the value of hindsight we can now see that his devastation of the likes of the National Prosecuting Authority (NPA) and the Hawks was not all that bad. Because in 2017 Zuma, whose primary job is to unite the country, proved himself willing to go much further than that.The most obvious example of this was his last stunt of the year: announcing free tertiary education for the poor.From evidence such as his continued ability to sing Umshini Wam we know that Zuma has not fallen prey to dementia. Thus we know that he knows what he proposed is impossible. This was not the mistake of some doddering fool, it was not an over-ambitious attempt to secure a legacy, it was a coldly calculated political play, and screw the consequences.Those consequences include throwing higher education into disarray and destroying the tertiary funding system that, though hardly ideal, was doing a modicum of good. No prizes for guessing whether this will most affect rich or poor students.In the process Zuma simply threw out the national budget, so deepening the economic and policy uncertainty that continues to hobble growth and job creation while simultaneously undermining Parliament, and his finance minister, and the fees commission he set up only to ignore.For gut-wrenching cynicism, the fees debacle was topped only by Zuma keeping social development minister Bathabile Dlamini in her position, even after she was found responsible for the social grants crisis that threatened to set the country on fire. And which, by coincidence we think, again affected the most poor and vulnerable in our society.Much as it looks that way, after all, Zuma surely did not actually target the poor in the games he played. He just did not care what happened to them, or the country as a whole, as long as his fees move influenced the ANC elective conference and as long as Dlamini delivered the ANC Women’s League vote for Nkosazana Dlamini-Zuma.Relative to that, every other way in which Zuma failed and undermined the country in 2017 pales into insignificance. Yet three of the lowlights are worth recording, if only because any one of these should have seen him frog-marched out of office.In 2017 Zuma went from playing games with the justice system to, in our opinion, blatantly lying to the courts about a supposed “typing error” in his battle to keep his preferred candidate at the head of the NPA.In 2017 Zuma had a golden opportunity to tackle the scourge of state capture by setting up a commission of inquiry, as he was legally obliged to do anyway.He said he would. He insisted that he wanted to. Then he delayed and obfuscated and, as a court has now found, probably continued to break anti-corruption laws with what was at best criminal negligence in his failure to act.In 2017 Zuma not only giggled in the face of parliamentary oversight, but gifted us with the word “meandos” to explain the fashion in which he was actively avoiding answering questions put to him by the elected representatives of the people.In short, in 2017 Zuma acted unlawfully, immorally, unethically, and probably illegally. He brought his office into disrepute, he brought his country to the brink, and he didn’t give a damn.We again decline to rate President Jacob Zuma on the basis that it is impossible to do so. Yet we are compelled to give our nation as a whole an F for allowing him to stay in office for so long. At this point the failure is no longer his, but ours.