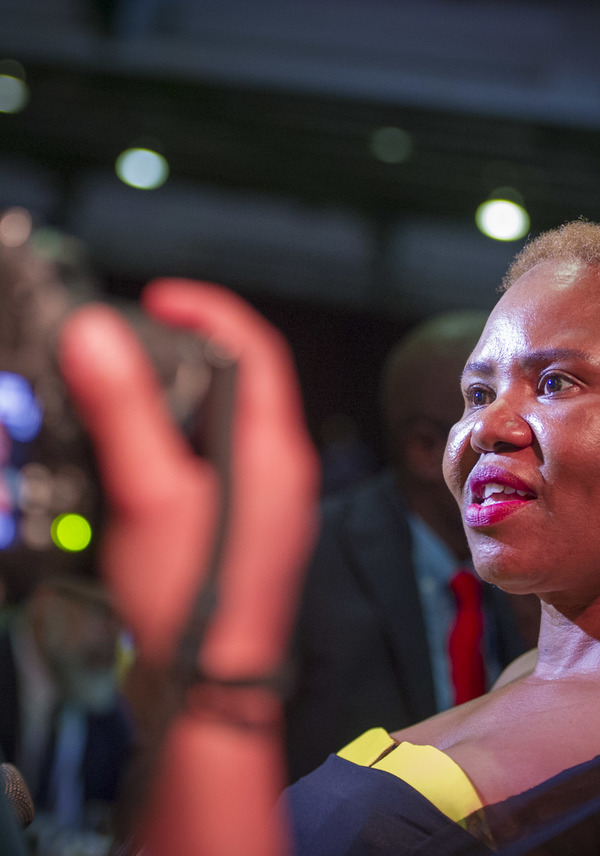 Lindiwe Zulu is not shy to talk about radical socioeconomic transformation and how South Africa has no choice but for it to be implemented. She is fiery when she speaks about taking monopolies head on and “unlocking new markets” for small black-owned businesses. She is feisty in Parliament when she lashes out at ANC “sell-outs” who support motions of no confidence brought by the opposition.

But her high-energy approach isn’t fully reflected in the outcomes of the small business development department, which she leads.

Since the ANC’s January 8 anniversary statement, when the term “radical economic transformation” gained traction in the party’s lexicon, Zulu has found herself heading a department that is expected to contribute to the restructuring of the country’s economy and create much-needed jobs.

Internally, she has run a tight ship, and her department has received an unqualified audit and increased its overall performance from 51.6% to 71%, according to the annual report. It leads by example by paying 98% of its creditors within 30 days.

The department aided 240 of the 370 co-operatives that it planned to assist with its incentive scheme. Its Black Business Supplier Development Programme, which provides grants to small black-owned businesses, assisted 589 small and medium enterprises, slightly less than the 600 it had targeted.

But her department, which is understaffed, underspent its budget by more than R120-million in the 2016-2017 financial year. This has caused it to underdeliver on some of its programmes.

This limited capacity has negatively affected the department’s work on the township economy, which forms an important component of its work.Only 21% of township businesses have been able to get support from the department. And, although Zulu has vowed to tackle the effect of monopolies in the retail sector, her department has no clear strategy on how to tackle township malls, which often stifle small, locally owned businesses.

Parliament’s portfolio committee on small business development has called for research for the development of guidelines on how to regulate such activity.

Despite its shortcomings, Zulu often asks that her three-year-old department should not be judged too harshly because it is too new to be perfect. But the weight of the responsibility to drive the National Development Plan’s 2030 job creation targets may leave little room for her to rectify her departmental teething problems.