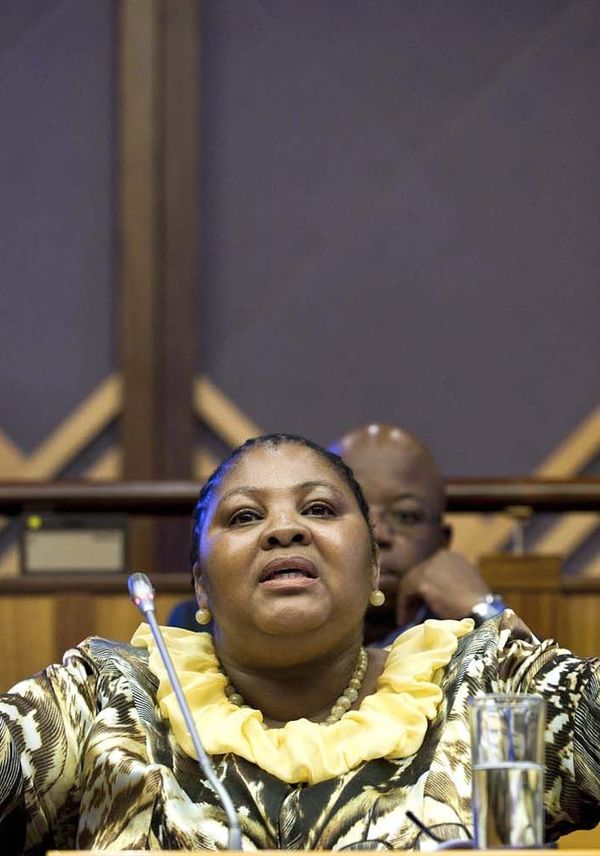 The defence minister achieved a slight improvement on her grade this year for one reason: she finally started talking about the monumental scale of the financial deficit that is eating away at South Africa’s ability to defend itself. If only she had a plan to match the problem.

During this year, Nosiviwe Mapisa-Nqakula trumpeted the fact that the defence budget is half of what it should be. She made it plain to Parliament and her colleagues in Cabinet that the best her portfolio can hope for at present is to “mitigate the decline of the capabilities” of the defence force.

What that means in hard numbers was harshly illustrated by the department of defence’s annual performance review. In the past financial year, the air force again fell short, by 19%, of its own target of time spent in the air — but that was only because the target had been reduced by nearly a quarter. On the water, things were even worse, with the navy falling 32% short against its own targeted hours at sea because of an “unavailability of vessels”.

This, we can only imagine, must have been a cause for celebration for pirate fishing vessels. True, Mapisa-Nqakula cannot magically cause ships to become seaworthy without money. But she is in a position to do something about the utter mess that has been made of the management of what little money and resources there are for defence, and there she continues to fall well short.

On the defence side, the military got as far as a draft cyberwarfare strategy, a long way from the actual implementation of a capability long overdue and increasingly critical to national security.

Crying poverty is a good and important start but Mapisa-Nqakula still has much work to do before we stand a chance of being safe in this turbulent world.