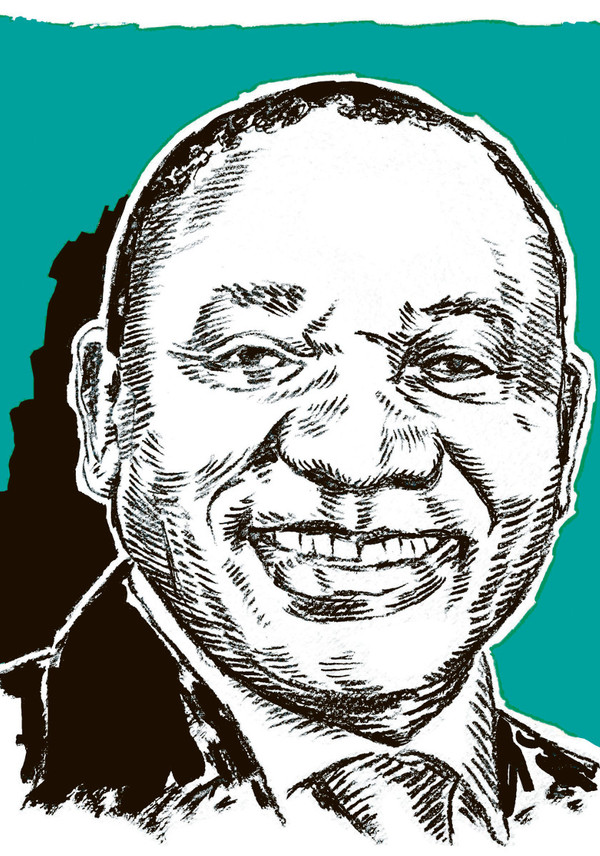 Deputy President Cyril Ramaphosa was the most closely watched politician in South Africa in 2016 — a year that will go down in history as one of the worst for the ANC government and ruling party, with most of the disaster caused by his political boss.

Ramaphosa could not be the messiah South Africans have been waiting for but he remains one of the few trusted politicians in Zuma’s administration.

Once described as “a worthy successor to a long line of notable ANC leaders” by Nelson Mandela, South Africans expected a lot from Ramaphosa.

Did he live up to the expectations in 2016? Evidence shows that he fared well but the man who would be king had an inauspicious and difficult start to the year.

President Jacob Zuma was embroiled in one scandal after another and it often fell on Ramaphosa to put out the fires. He had to assure the business world, international investors and credit ratings agencies that the centre still held, that there was rule of law in South Africa and that the country was on course to meet its National Development Plan goals and aspirations.

A highlight for Ramaphosa was his announcement of a proposed national minimum wage of R3 500 as government sought to bridge the gap between rich and poor. Some have hailed the move but it has probably put him on a collision course with Cosatu, which called for a minimum wage of R4 500. Yet the trade union federation has thrown its weight behind Ramaphosa to be the next president of the ANC and the country.

Ramaphosa was, on several occasions this year, forced to take into account the anger directed at the ANC and Zuma. He spoke out at the funeral of Reverend Makhenkesi Stofile in August, criticising the ANC’s top leaders, and holding them responsible for the loss of key metros following the August 3 local government elections.

Ramaphosa has been credited with holding successful discussions with international ratings agencies, the topics including the country’s implementation of its nine-point plan to boost economic growth, and is said to be part of the reason agencies Moody’s, Fitch and Standard & Poor’s have not downgraded South Africa to junk status.

The business community trusts Ramaphosa more than Zuma. His behind-the-scenes work on parastatals such as Eskom is partly the reason the country has managed to avoid load-shedding in recent months.

Ramaphosa offered his unwavering support to Finance Minister Pravin Gordhan, despite an onslaught from the security apparatus, including the Hawks, and the South African Revenue Service.

As one of the senior ANC leaders, or top six, he played a key role in persuading Zuma to remove Des van Rooyen as finance minister after four days in that seat and to replace him with Gordhan in December last year.

Ramaphosa flew to hot spots on the continent earlier this year as the president’s special envoy, in attempts to intervene in conflicts in Lesotho and South Sudan. He used his negotiating skills as best he could, but these are entrenched and long-running conflicts.

Peace is fragile in Lesotho and in South Sudan the warring factions remain at each other’s throats over leadership and access to state resources.

Ramaphosa has received praise for successfully leading the South African delegation at the World Economic Forum in Kigali, Rwanda. He sought to inspire confidence in South Africa as an investment destination and economic partner that is open for business.

He supported Zuma at the CEO Initiative’s deliberations on ways to stimulate economic growth and job creation, and to boost the confidence of international investors and ratings agencies in South Africa’s prospects for future growth.

Right now, Ramaphosa is considered the most suitable candidate to succeed Zuma at next year’s elective congress of the ANC. For the first time Ramaphosa this month publicly announced his availability for the ANC top job. But factions in the party structures may thwart his ambition, with one group backing outgoing African Union Commission chair Nkosazana Dlamini-Zuma.