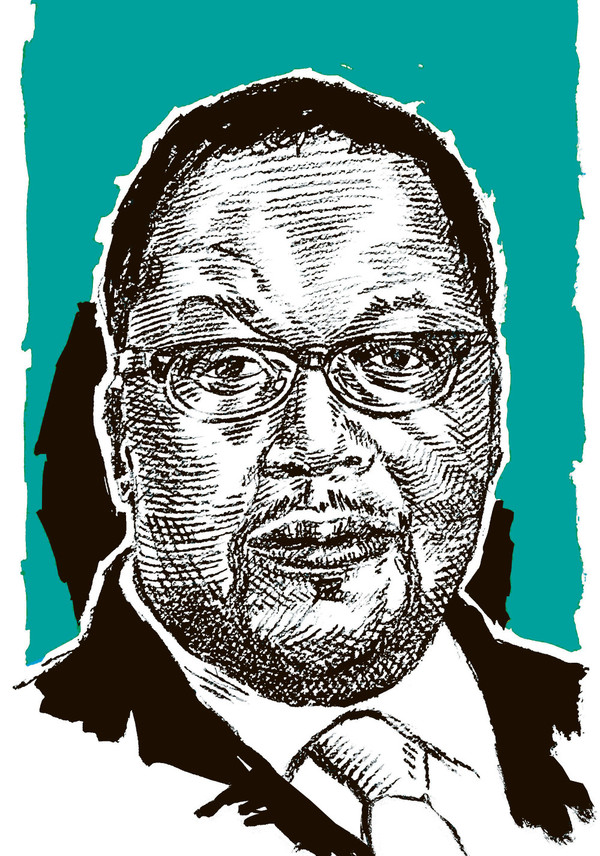 Nathi Nhleko had an annus horribilis.

This year public order police officials emerged as “the enemy” from the #FeesMustFall campaign. In possibly the most damaging incident, Father Graham Pugin, from the Holy Trinity Catholic Church next to the University of the Witwatersrand, was shot in the face at close range by a police officer. The priest was standing with his hands in the air.

The police are still heavily burdened by former police commissioner Jackie Selebi’s irresponsible closing down of specialised units. The glaring gaps prompted Nhleko to announce a back-to-basics campaign. He increased the budget of the public order policing unit from R861-million to R1.957-billion. Specialists in crowd management have been trained.

The narcotics bureau and the firearm investigation unit will also be re-established.

Regarding leadership, the police cluster is in a crisis, which must be laid at Nhleko’s door.

Robert McBride is back at the Independent Police Investigative Directorate (IPID) after Nhleko did his utmost to get rid of him, ramping up a legal bill of millions of rands.

In a twist of fate, McBride is now investigating acting police commissioner Khomotso Phahlane (appointed by Nhleko) and several Hawks investigators. Phahlane is accused of being corrupt after it came to light that he owns an R8-million home in an exclusive estate and allegedly stuffed up to R700 000 in cash in plastic bags to make payments to a contractor.

The term of another Nhleko appointee, commissioner Riah Phi­yega, who equated heading the police service to running a liquor store, might end before her disciplinary matter relating to the Marikana massacre is concluded.

The IPID is investigating the Hawks’ crimes against the state unit after they allegedly held a South African Revenue Service employee hostage at his office building in Pretoria.

Now that McBride is back, it is expected that the IPID will also reinstate its wide-ranging investigation into Hawks boss Mthandazo Ntlemeza, who is accused of having committed transgressions over several years.

Nhleko didn’t ratify Ntlemeza’s appointment in Parliament, an appointment he made despite Ntlemeza being described by a high court judge as lacking integrity and honour.

The department’s affairs are apparently in no better shape — control over leadership, financial management and governance regressed and is inadequate, the auditor general found. He is also concerned that the Civilian Secretariat for Police is still leaderless.

Nhleko was last year outed as a Zuma acolyte and a driving force behind several politically motivated investigations.