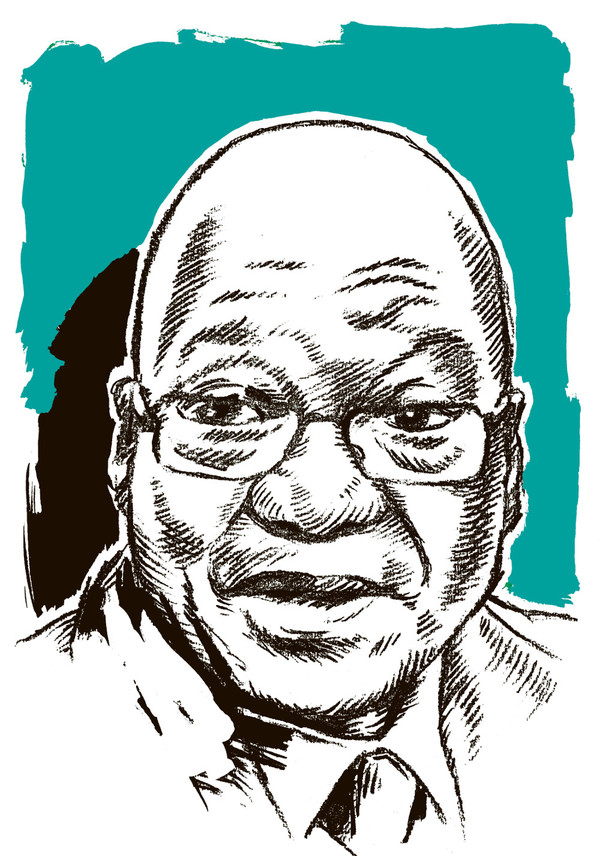 You have to hand it to President Jacob Zuma; he has a talent for finding new lows to achieve.

This time last year, as we were preparing to publish these report cards, he fired his well-performing finance minister (we graded Nhlanhla Nene at A- after a 2014 B), replaced him with a complete unknown and then replaced the replacement four days later.

It was governance by farce, at the highest level, and with terrible repercussions. It was, we believed, as bad as things could get.

Ah, how sweet it is now to recall those days of naive optimism.

In 2016, Zuma did a worse job as president by every important metric. He damaged South Africa politically, economically and socially. He now stands accused not only of corruption in his own dealings but also of selling our sovereignty by allowing the state to be captured. But, because of his own delaying tactics, he remains untested on both counts.

Zuma’s primary job is to bring unity. In 2016, he divided the ANC by remaining unrepentant even after the Constitutional Court found he had violated the Constitution in his handling of Nkandla.

Then he divided the Cabinet with his handling of on-again, off-again criminal charges being brought against his finance minister.

Along the way he also so divided the nation that calls for his resignation came from his party elders and national executive committee, trade unions and civil society.

Hell, the ludicrously over-resourced presidency could not even achieve a clean audit in its past financial year, as it had in the year before.

It is a tribute to Zuma’s discipline and work ethic that he has packed so many failures into a single calendar year.

On the positive side, he took one return commercial flight, travelling to and from New York in September on a scheduled SAA plane, so saving the country a small fortune.

That’s it. In 12 months, the president of the Republic of South Africa, wielding the full resources of the nation, achieved nothing more positive than getting on to a plane with other people instead of getting on to his own, more expensive, plane.

Besides doing almost nothing right, Zuma also failed to deal with any of the many issues of grave importance stacking up in his inbox.

In 2015, we were concerned that Zuma had presided over: the daring escape from South Africa of Sudanese President Omar al-Bashir (a wanted suspected war criminal); the continued promotion of an unaffordable and unneeded new fleet of nuclear power stations; shockingly poor preparation for a drought that had been utterly predictable; and a student revolt. He also put party above country.

In 2016 Zuma’s administration saw: South Africa trying to withdraw from the International Criminal Court (which seeks to prosecute al-Bashir), albeit without the necessary concurrence of the legislature; much more aggressive promotion of a nuclear plan that seemingly every official study and projection now says will be catastrophic; such a shockingly poor response to a hunger-causing drought that the consequences will continue to be felt long after the rains return; a student revolt bigger and better in every respect than the 2015 version, except with an even poorer government response; and a president who boasted that he has no fear of jail.

Those factors would easily have earned Zuma a failing grade again this year. What makes us throw away our scoring sheet in disgust is his repeat performances in the courts. He huffed and puffed his way to the Constitutional Court on the Nkandla matter, then suddenly abandoned his refusal to repay the state, with no adequate explanation for his change of heart and with not a breath of apology.

Then he did almost the exact same thing again with the State of Capture report involving his relationship with the Gupta family — and insisted he should be allowed to pull such legal stunts with public money.

Demanding to be free of the consequences of an attempt to avoid constitutionally mandated accountability is beyond our ability to grade. We give up.