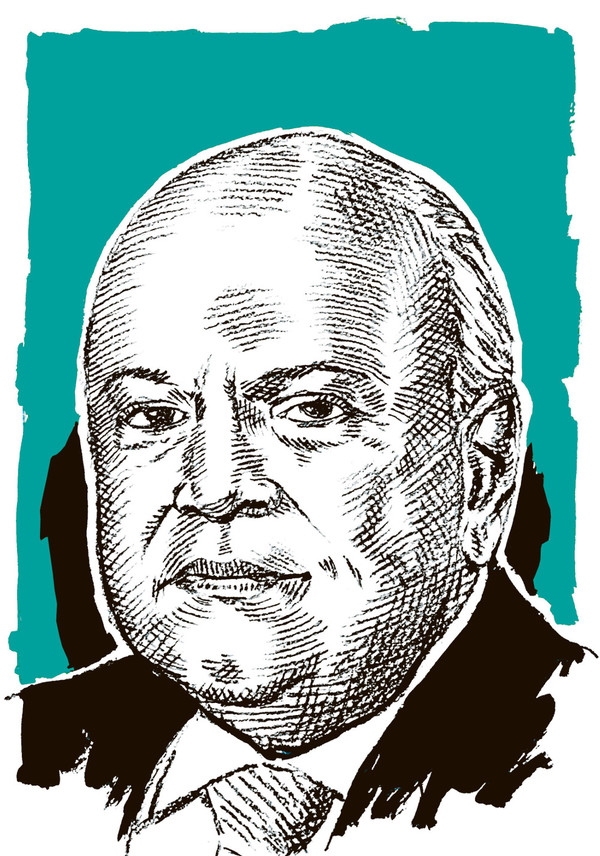 Whether Pravin Gordhan likes it or not, he has become a symbol of the fight against the dark forces of corruption as he maintains his tight grip on the public purse and wards off an incredible amount of pressure from rent seekers.

Little more than a year ago, a surprise Cabinet reshuffle sent the markets into a tailspin and he was returned to the position of finance minister in a bid to restore investor confidence in South Africa.

The treasury stands head and shoulders above other departments, with its performance described as exemplary even by its critics.

A workhorse of note, Gordhan, with his team, has worked tirelessly to achieve fiscal consolidation and to keep a check on spending and debt, even as tax revenue drops and there are increasing demands on spending, such as the #FeesMustFall movement.

His efforts resulted in staving off an anticipated credit rating downgrade — or at least for now.

The domestic and global economies remain lacklustre and sluggish growth is restraining Gordhan. Locally, much-needed structural reform can only come from higher up.

The 19 entities that fall under the treasury have been managed well. Gordhan clearly failed in his concentrated attempt to remove the controversial chairperson of SAA, Dudu Myeni. But a new board has been instituted and the treasury looks confident that real reform is under way.

The treasury’s disclosure this year of the unlisted portfolio held by the Public Investment Corporation and its agreement to make performance and expenditure reviews over the past three years public were positive moves.

The minister faces criticism for not being transparent enough about the treasury’s view on the controversial nuclear build, on which his department has done feasibility and affordability studies.

After months of uncertainty and speculation, in mid-October, Gordhan was charged with fraud for approving the early retirement of South African Revenue Services (Sars) employee Ivan Pillay and then re-employing him as a consultant. This occurred at a time when he and his team and big business were engaged in concentrated efforts to stave off a credit downgrade.

Later that month, the National Prosecuting Authority announced less than a week before he was to appear in court that it was dropping the charges. The markets reacted positively to the news and on the day the rand reached an intraday best level of R13.51. This was clearly a declaration of the market’s confidence in Gordhan’s ability to take care of the public purse.

But the threat of further charges loom as the NPA finalises its investigation into an alleged “rogue unit” at Sars set up under Gordhan’s tenure as commissioner.