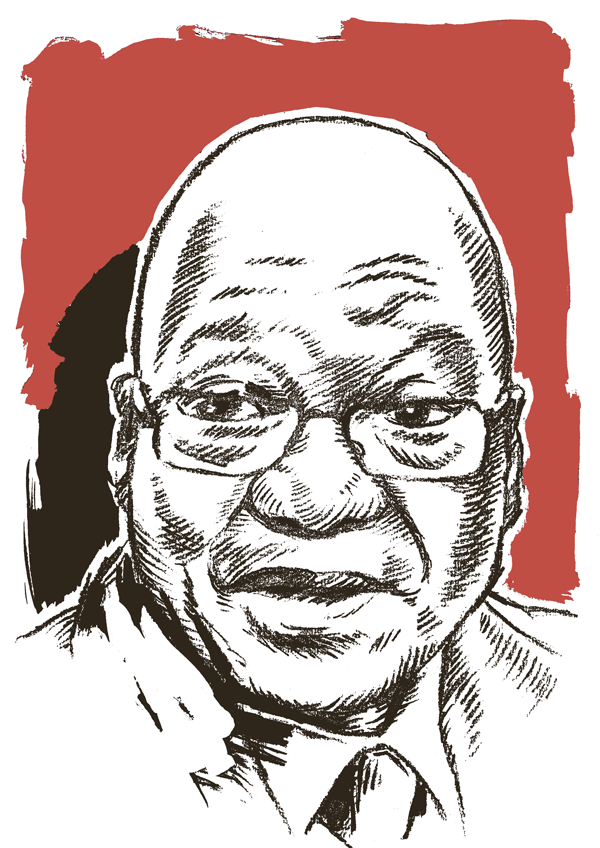 For several years now we’ve been trying to come up with a reason – any reason – to upgrade President Jacob Zuma from the solid F he has rated since 2012. Even an unearned E might serve as motivation. But again the most flattering thing we can say about Zuma is this: he is consistent, albeit consistent in failure. Last week’s finance minister fiasco is yet another, possibly the most egregious, example of this.

Oh, he is very good at playing internal ANC politics, to the (consistent) consternation of his party foes who have watched in growing horror as he turned the party into a machine for dispensing patronage and oversaw the destruction of the ANC-led tripartite alliance.

He also continues to be popular among a broad swath of South Africans, despite the best efforts of opposition parties to portray him as a bumbling, laughing, corrupt fool.

By one definition (and this, as best we can tell, is the one to which Zuma himself subscribes), premised on the belief that a leader works for those who put him in leadership, the president’s primary job is to implement the agenda of the ruling party. If that agenda could be described as “a better life for the politically connected”, then Zuma could have claimed success. But “a better life for all”? Not so much. South Africa’s financial and structural troubles are disproportionately affecting the poor, who increasingly struggle to afford the basic needs.

The rich, bless their timid little hearts, are increasingly withdrawing from society into their own crime-protection laagers; as anyone who has ever set foot in a security village can tell you, that is a worse life.

The middle class is being battered from both the economic and the security sides – with the added insult of watching its various, much-beloved national sport teams fail on the international stage.

By another definition, the one in law, the president has two broad responsibilities: advancing the Constitution and advancing national unity. Is there any point in again enumerating the many ways in which the Constitution is being pummelled by the Zuma administration?

Must we again recount how populism and the allure of the race card, in a context of depravation without end, are turning citizens against one another? If you crave details, simply pick up a random issue of this newspaper from the past year and page through it.

Zuma is pretty good at creating the appearance of furious activity and much work in progress.

His schedule would kill a lesser man. The number of projects he is implementing keeps multiplying: Phakisa, Siyahlola, Izimbizo. Ministries appear and disappear. Yet none of it translates into economic growth, or sustained jobs, or progress towards a common identity. At best all this motion keeps us in the same place.

In the meanwhile a Sudanese president evades a court order, a nuclear power station fleet is promoted in the face of all reason, the country finds itself ludicrously ill-prepared for a drought, students revolt, and the president tells us that his party comes before the country.

Zuma has no excuses. He has all the political capital in the world, both in his party and in Parliament.

He has a budget that, while not unlimited, is dizzyingly large. He has had a term and a bit to get it right. He has not got it right. For a failure of leadership and a failure to achieve results, President Jacob Zuma rates an F. Again.