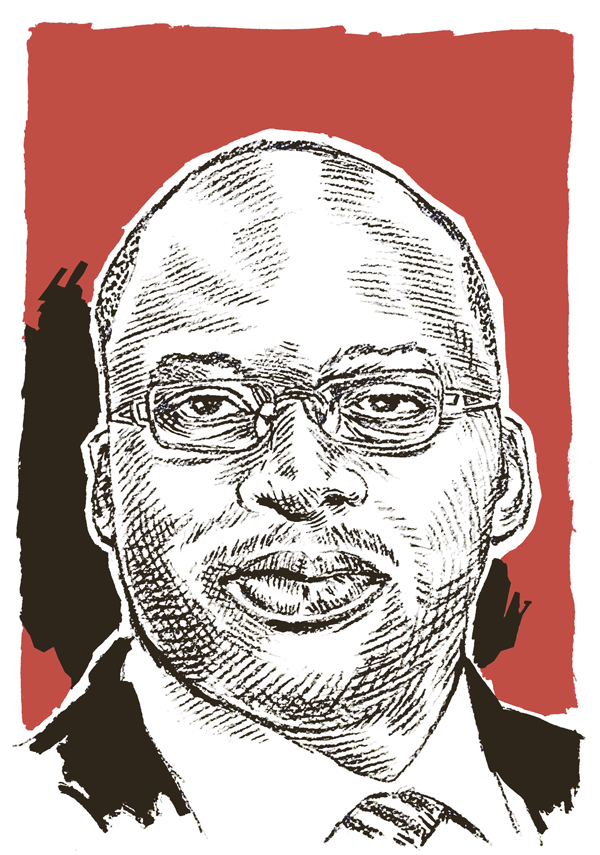 Mike Masutha has one of the tougher jobs in the Cabinet. For reasons known only to the president – and we’re using the concept of “reason” loosely here – he is minister of two separate departments that have nothing in common.

Dispensing justice is different from keeping people locked up, even if the former creates the need for the latter.

That’s not his biggest problem, though. The post-apocalyptic wasteland that was once the National Prosecuting Authority (NPA) is a key component of the justice system, but one over which Masutha by design has little influence.

As the single-minded defence of deputy prosecutions head Nomgcobo Jiba rocked the NPA throughout this year, Masutha meekly had to ask President Jacob Zuma to do something about the situation – and had to watch while Zuma didn’t.

Speaking of more powerful forces, Masutha also did not manage to convince the chief justice of the land, Mogoeng Mogoeng, that he was not the enemy of an independent judiciary. As best we can tell from the careful Mogoeng, he is still not impressed with the minister’s approach to that little matter.

And then there is the correctional services department, which again left the grizzled veterans of Parliament’s financial watchdog dazed with its lack of controls, planning and accountability.

Instead of dealing with these individual crises – or even spending a bit of time on that “constitutional development” appendage that the justice department still sports – Masutha decided who should get out of jail and who shouldn’t, and he got it wrong a few times.

The high-profile parole decisions on Eugene de Kock, Clive Derby-Lewis and Oscar Pistorius all vexed Masutha, and all bought him criticism from one quarter or another, notably a slap on the wrist from the high court on his handling of the Derby-Lewis matter.

The best we can say for Masutha is that he took advantage of the opportunity presented by the Pistorius ruling of the Supreme Court of Appeal to push the message that an overturned high court verdict is actually a sign of a well-functioning justice system.

But one opportunity grasped does not make a summer. He did no worse in 2015 than he did in 2014, but we think Masutha has now proven there is no prospect of him improving, either. Time to step aside, minister.