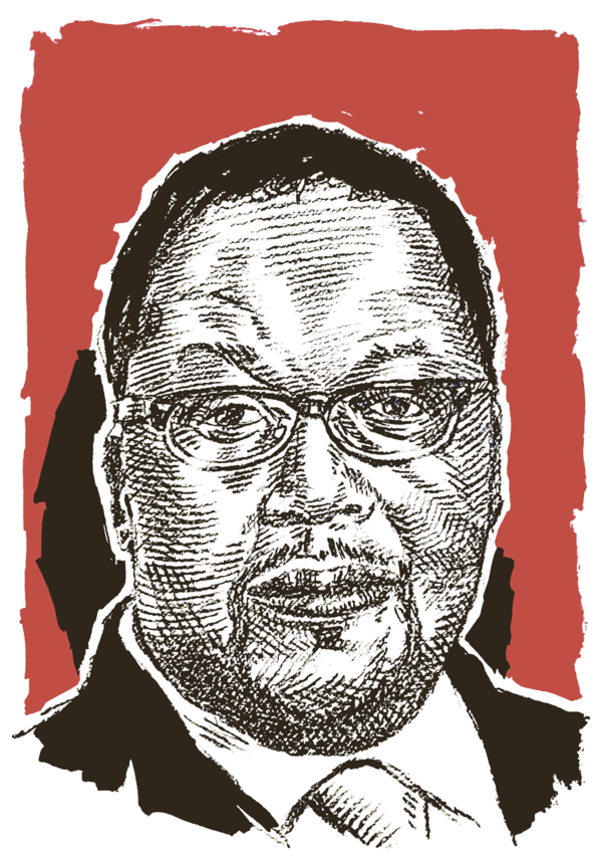 The R80-billion-a-year police portfolio remained a hotbed of political meddling in 2015.

Scandals and factional battles provided a constant source of media fodder, and Nhleko made dubious decisions throughout the year.

He did not have the constitutional authority to do so, but suspended Hawks commander Anwa Dramat on the grounds that he was involved in the illegal rendition of four Zimbabweans. Yet Dramat never faced an internal disciplinary or criminal charge – instead he was given a discharge with full benefits.

Nhleko’s choice as acting Hawks boss, Mthandazo Ntlemeza, was labelled as “biased, dishonest and lack[ing] integrity and honour” by a high court judge. The minister clearly didn’t buy this though – Ntlemeza was permanently appointed in September.

The stench of political interference has clung to Nhleko. This was illustrated by his 2015 low point: the Nkandla report. Not even a video of a firefighting drill, accompanied by dramatic music, lessened the sting of this slap in the public’s face.

Nhleko absolved President Jacob Zuma of any liability for the R246-million of taxpayers’ money spent on security upgrades to his private residence, relying on semantics to ­ contradict the public protector’s 2014 findings.

As a Cabinet minister, the overarching test is how well Nhleko balanced his constitutional mandate with kowtowing to his political masters. His Nkandla report left little doubt: Zuma = 1, Public = 0.

Nhleko should have spent more time galvanising the civilian secretariat for the police.

The secretariat can only be relevant and provide the minister with meaningful support if there is political will to empower it independently. Yet it remains leaderless and dependent on the police to foot its 2015-2016 budget.

Progress on crucial and overdue draft policy documents not only stalled, the draft White Paper on policing also fails to grapple satisfactorily with issues such as brutality in the service, corruption, the killing of police officers and the ballooning number of civil claims against the police.